Where and what did he study

Donald Trump attended his first Kindagathen school at Kew-Forest School, the school was established in the year 1918 and is the oldest college-preparatory school for a preschool student in the united state.

In 1964 – 1966, he enrolled at Fordham University located in New York City although he wanted to study at Wharton, Fordham wasn’t his first choice of college, After two years in the university, he transferred to another school.

1966-1968, Trump later transfer from Fordmah University to the Wharton School of the University of Pennsylvania. Trump graduated from the University in May 1968 with a B.S. in economics.

During his years at college, He maintained his father’s real estate during the summer period. Also Before entering politics, he was a businessman and television personality.

According to Forbes rating in 2020, He is one of the richest politicians in America and the first-ever billionaire American president whose net worth rate at $2.1 billion.

What do you know about the President that we didn’t mention , let’s know by commenting below 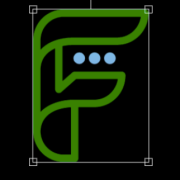 Financial Aid Programs(Scholarships & Grant) Education “the best legacy” is now beyond and ...
News

Students with A-level, AS, and GSCE degrees in England are likely to be ...

The university college London (UCL) told its student not to come back to ...
Blog

See Joe Biden Education & Biography – Here is What You Should Know ...